А – А А +
Обычная версия
Скрыть
Main site / Press-service / Новости / Deputy Minister of Foreign Affairs Dinara Kemelova, on the margins of the General Debate of the 10th Review Conference of the Treaty on the Non-Proliferation of Nuclear Weapons, held a number of bilateral meetings with heads of delegations in New York 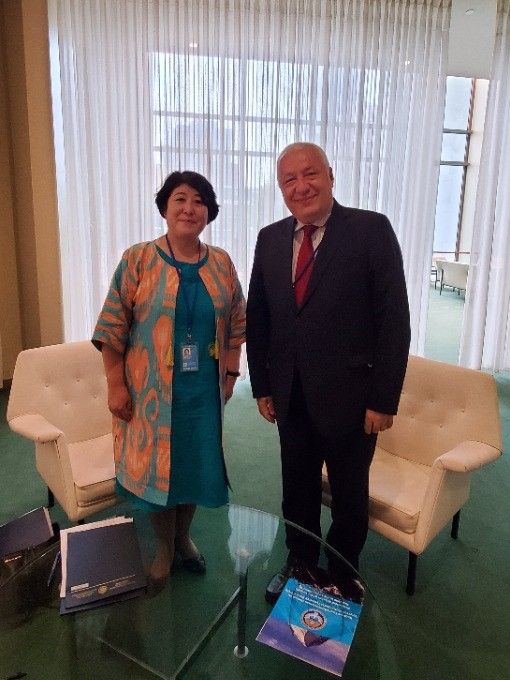 In addition, brief conversations were held with the heads of delegations of Japan, Jordan, the Republic of Kiribati, Denmark, as well as with representatives of the United States and Brazil.

During these meetings, Deputy Minister Dinara Kemelova discussed topical issues of bilateral and multilateral cooperation, as well as the promotion of Kyrgyzstan's candidacy to the UN Human Rights Council for the period 2023-2025 and non-permanent members of the UN Security Council for 2027-2028.

Deputy Minister spoke about a set of initiatives of Kyrgyzstan dedicated to education on disarmament and non-proliferation issues and the International Year of Sustainable Mountain Development, focusing on the specific proposals of the Kyrgyz side on the institutionalization of the Group of Mountain Countries, the creation of a special fund of mountain countries and a program for the conservation of mountain forests, etc.