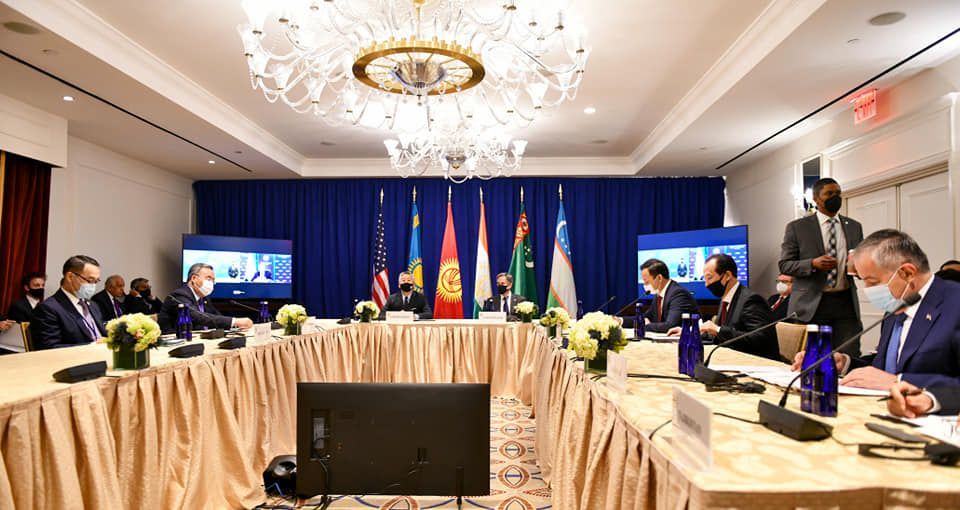 September 22, 2021, the Minister of Foreign Affairs of the Kyrgyz Republic Ruslan Kazakbaev took part in the meeting of the heads of the foreign affairs agencies of the Central Asian countries and the United States ("С5 + 1").

The parties considered issues of regional security, the situation in Afghanistan and also discussed the issues of economic interconnection.

Minister Kazakbaev noted the importance of developing common approaches of the countries of the region in matters of interaction with Afghanistan, and also called for joint work to counter the modern challenges and threats – melting of glaciers, uranium tailings, international terrorism and extremism, trade barriers.

The parties reached an agreement to continue active interaction within the established format of cooperation between the Central Asian countries and the United States.

A joint statement was adopted following the meeting.