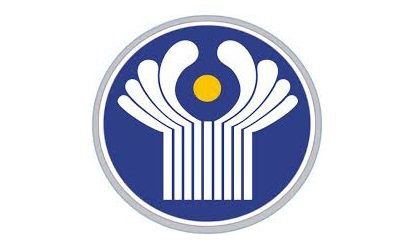 We, the heads of member states of the Commonwealth of Independent States,

in commemoration of all those who fell in World War II while fighting against Nazi Germany and its allies and supporters: participants in combat action by the anti-Hitler coalition states, partisans and resistance fighters, and victims of the Holocaust and Generalplan Ost, a plan for the genocide of Eastern Europe and the USSR, as well as other crimes committed during the war,

emphasising that this tragedy took place due to the international community’s failure to create an efficient collective security system, as well as to the criminal appeasement policy,

noting the universal and intergovernmental nature of the United Nations, an organisation established at the end of World War II in 1945, and its special responsibility for maintaining peace and preventing new global conflicts,

reaffirming our unwavering commitment to the principles and norms of international law, the goals and principles of the UN Charter, which gave a principled and unequivocal assessment to Nazi crime, as well as our commitment to the Charter and Verdict of the International Military Tribunal in Nuremberg, considered to be imprescriptible, and the fundamental principles of the final act of the Conference on Security and Cooperation in Europe signed in Helsinki on August 1, 1975,

condemning any attempts to justify and glorify Nazism and its allies,

urging all nations to act responsibly as regards the fulfilment of their obligations for preserving memorials, monuments, commemorative signs and gravesites of soldiers who fell liberating countries in Europe and Asia,

we state the following:

World War II was the greatest tragedy of the 20th century, which took tens of millions of lives. The worst humanitarian disaster in world history was the result of aggressive aspirations of those who were convinced of their racial superiority and exceptionality and of their right to decide the fate of other countries and peoples.

We note with regret that attempts are being made to rewrite and distort history, and consistently and resolutely oppose any such attempts to whitewash Nazism and justify its horrendous crimes.

The dangerous path to a new re-division of the world starts with the revision of the results of World War II, denial of Nazi crimes, the war against monuments to liberators, the rehabilitation and glorification of Nazi criminals who committed horrendous crimes during World War II, both individuals and organisations, as well as xenophobia, intolerance and pandering to Nazi ideology followers of various hues.

It is an unquestionable fact that it was the Soviet Union that changed the course of the war with the support of the anti-Hitler coalition countries and started the full-scale liberation of European countries from Nazism, paying the ultimate price. We will never forget that the victory in World War II and liberation of European nations from enslavement and annihilation were achieved due to unparalleled bravery and self-sacrifice of frontline soldiers, partisans, members of anti-Nazi and underground resistance groups and home front workers, as well as to the unity of all peoples of the Soviet Union.

80 years after that mournful day, we urge the world to re-evaluate the lessons of that tragic period in our civilisation’s history. We advocate the revival of genuine interaction and understanding between countries and nations. We call for making every effort to unite the world on the basis of equality, mutual respect and universal democratic values.