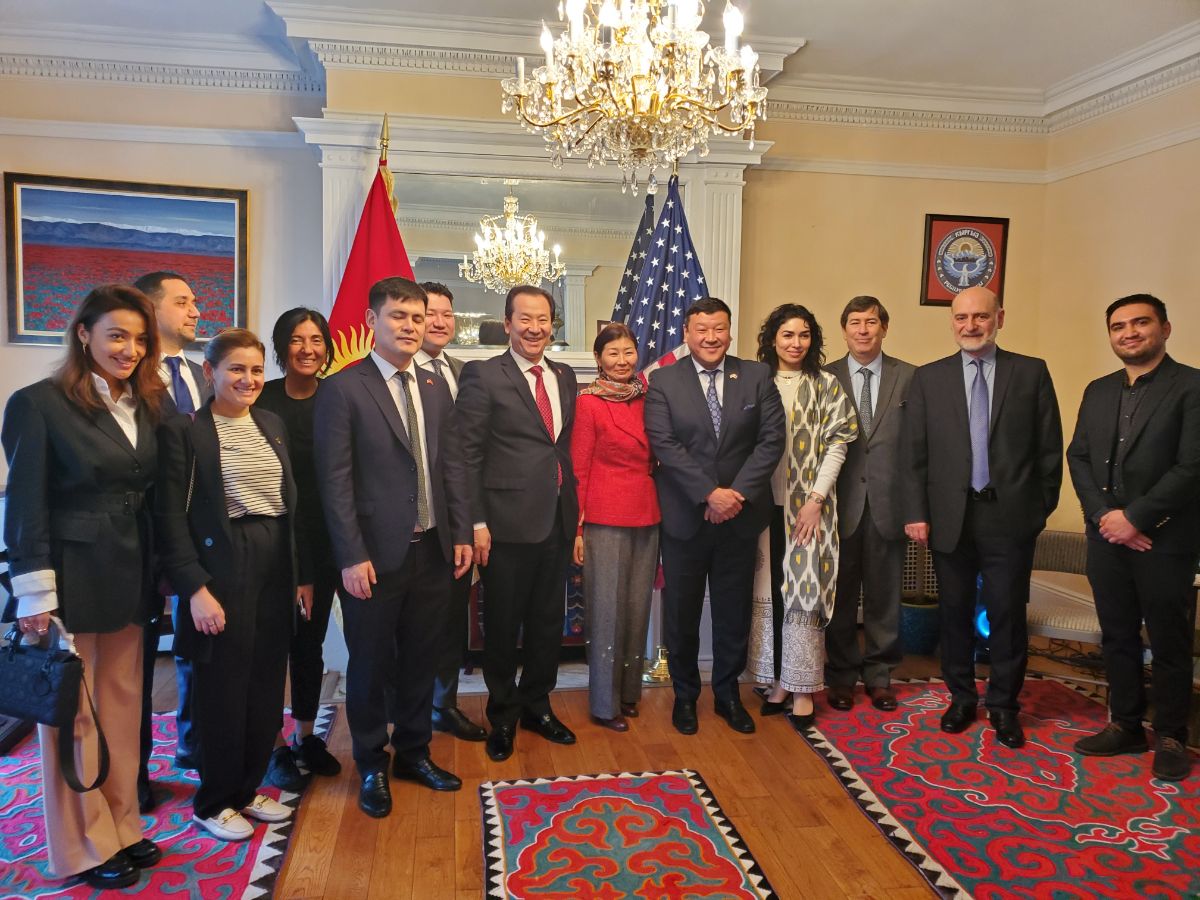 On April 8, 2022, on the initiative of the Ambassador of the Kyrgyz Republic to the USA and Canada B. Amanbaev held a meeting with heads and diplomats of diplomatic missions accredited in Washington, DC, participants of the CAMCA Fellowship 2022 of the Rumsfeld Foundation. During the meeting, Bakyt Amanbaev explained the essence of the constitutional reform carried out in Kyrgyzstan in recent years under the leadership of President Sadyr Japarov and gave a detailed explanation of the agreement signed between the Kyrgyz government and Centerra Gold Inc. In his remarks, the Ambassador noted that under the leadership of President Sadyr Japarov, negotiations were underway for a year regarding the Kumtor gold mine, which resulted in a mutually agreed upon agreement that gave the Kyrgyz Republic the right to manage and own the Kumtor mine. At the end of the meeting, he answered various questions from the participants.
The Rumsfeld Foundation's CAMCA Fellowship 2022 is designed to build strong personal and professional relationships among government agencies, think tanks, and media in Central Asia, Mongolia, the Caucasus, and Afghanistan.