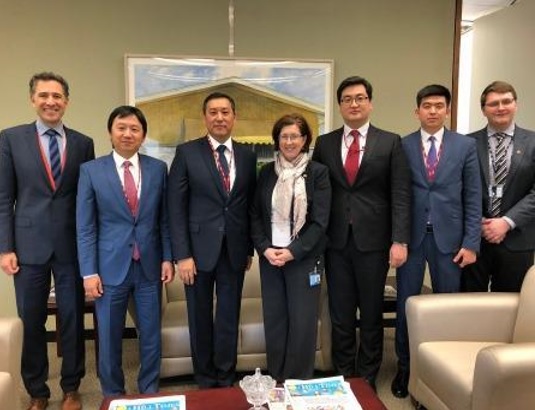 The participants welcomed the bilateral consultations as an important foundation for deepening cooperation between the two countries in various fields. During the talks, representatives of the foreign ministries of the two countries discussed the current state of, and prospects for, the development of relations between Kyrgyzstan and Canada, including ways to expand and deepen the Kyrgyz-Canadian partnership, and also exchanged views on current regional and international issues of mutual interest. The delegations of the two countries expressed interest in strengthening comprehensive cooperation between the Kyrgyz Republic and Canada on the bilateral and multilateral basis.

The Canadian side noted that the Kyrgyz Republic is an important partner in Central Asia. In this context, given the shared principles and values of both countries, the parties expressed interest in cooperation and exchange of experience in the development of democracy and parliamentarism. The delegations of Kyrgyzstan and Canada also confirmed their intention to make efforts to develop bilateral relations in the field of expansion and diversification of trade, economic and investment cooperation, as well as in the spheres of culture, education, science, art, tourism and sports.

During the visit of the Kyrgyz delegation to Canada from June 11 to June 15 a number of bilateral meetings with representatives of state bodies of Canada took place. In particular, meetings were held with Assistant Deputy Minister of Foreign Affairs of Canada Stefanie Beck, Director General of the Trade Sectors Bureau of the Department of International Trade Christopher Wilkie, Director of Infrastructure and Growth Sectors, Business Development and Sales of the Canadian Commercial Corporation Christian Dechamplain and Chief Representative for Europe, Middle East and Africa of the Export Development Canada Trevor Kuhn. During the meetings, issues of further development of cooperation between Kyrgyzstan and Canada, including in the economic sphere, expansion of trade between countries, as well as attracting Canadian investments to the Kyrgyz Republic were discussed in detail. The delegation of the Ministry of Foreign Affairs of the Kyrgyz Republic emphasized the importance of bringing Canadian companies with modern and environmentally friendly technologies to Kyrgyzstan.

During the visit, with the assistance of the Aga Khan Development Network Representative in Canada, a working dinner with the participation of members of the Canadian Parliament and Global Affairs, representatives of academic and business communities of Canada was organized. At this event, the Kyrgyz side presented information about the efforts of the Government of Kyrgyzstan to ensure sustainable development of the country, the ongoing reforms, the investment opportunities of Kyrgyzstan, as well as the prospects for Kyrgyz-Canadian cooperation.