А – А А +
Обычная версия
Скрыть
News / News and Events / On May 15, 2022, the Embassy of Kyrgyzstan in Austria took part in the official commemorative ceremony on the occasion of the 77th anniversary of the liberation of the Mauthausen concentration camp. 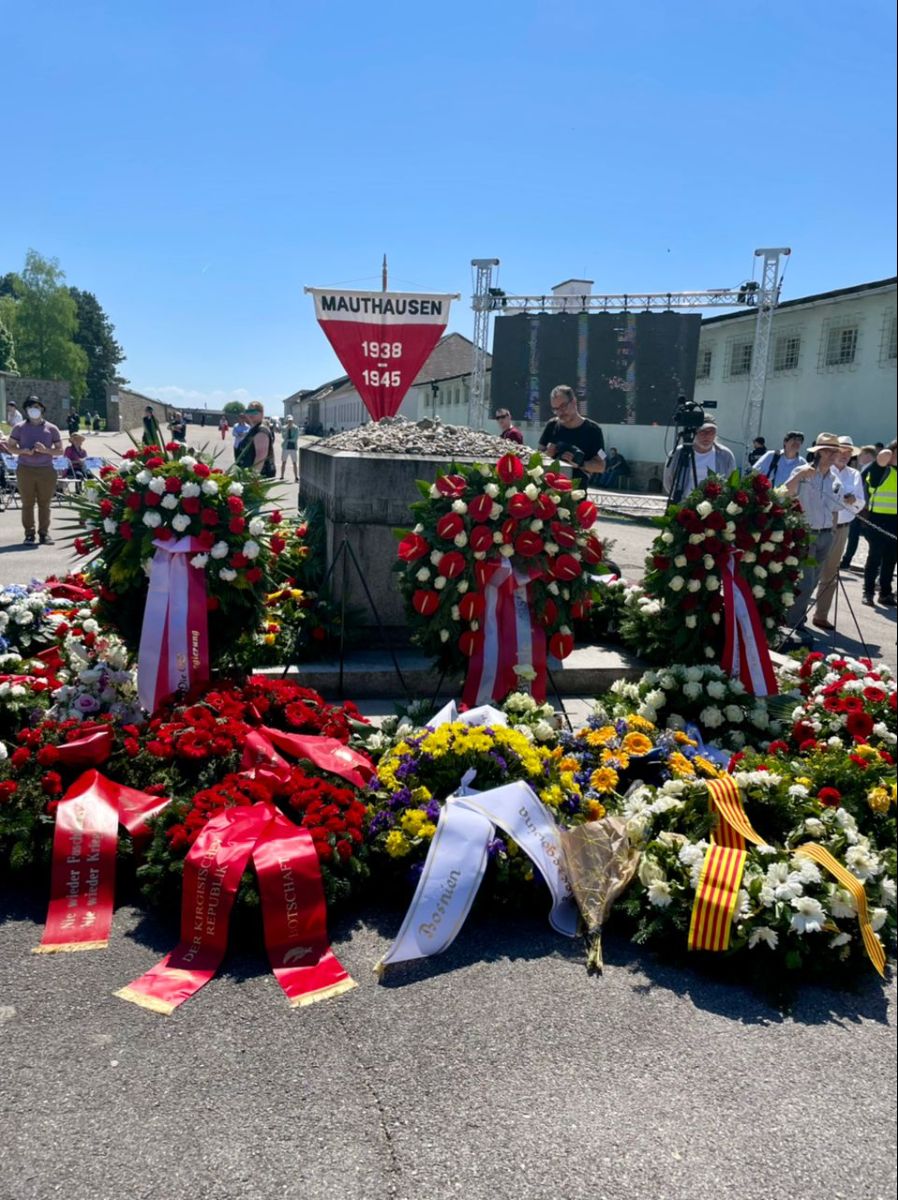 On May 15, 2022, an official commemorative ceremony was held on the territory of the former Mauthausen concentration camp in Austria on the occasion of the 77th anniversary of its liberation.

At the beginning of the official ceremony, the oath of the Mauthausen prisoners was read out on a large screen by young people from different countries in a virtual format. The commemoration procession was also accompanied by the videos about the tragic events at Mauthausen concentration camp during World War II, which gave a special emotional background to the whole event.

The ceremony was attended by the relatives of survivors, numerous foreign delegations, heads and staff of diplomatic missions in Austria, veterans and representatives of non-governmental organizations. About 130 delegations laid wreaths at the event. The commemorative ceremony was broadcast live on ORF III Austrian TV channel, as well as on the official website of the Austrian Mauthausen Committee.

For reference: The Mauthausen concentration camp was constructed in 1938, immediately after the annexation of Austria to Nazi Germany, and was liberated on May 5, 1045. According to official figures, from 1938 to 1945, 200,000 people were imprisoned in Mauthausen. About 90 thousand people from more than 70 countries died, of which 32,180 were Soviet soldiers. To date, the names of 81 thousand have been established.