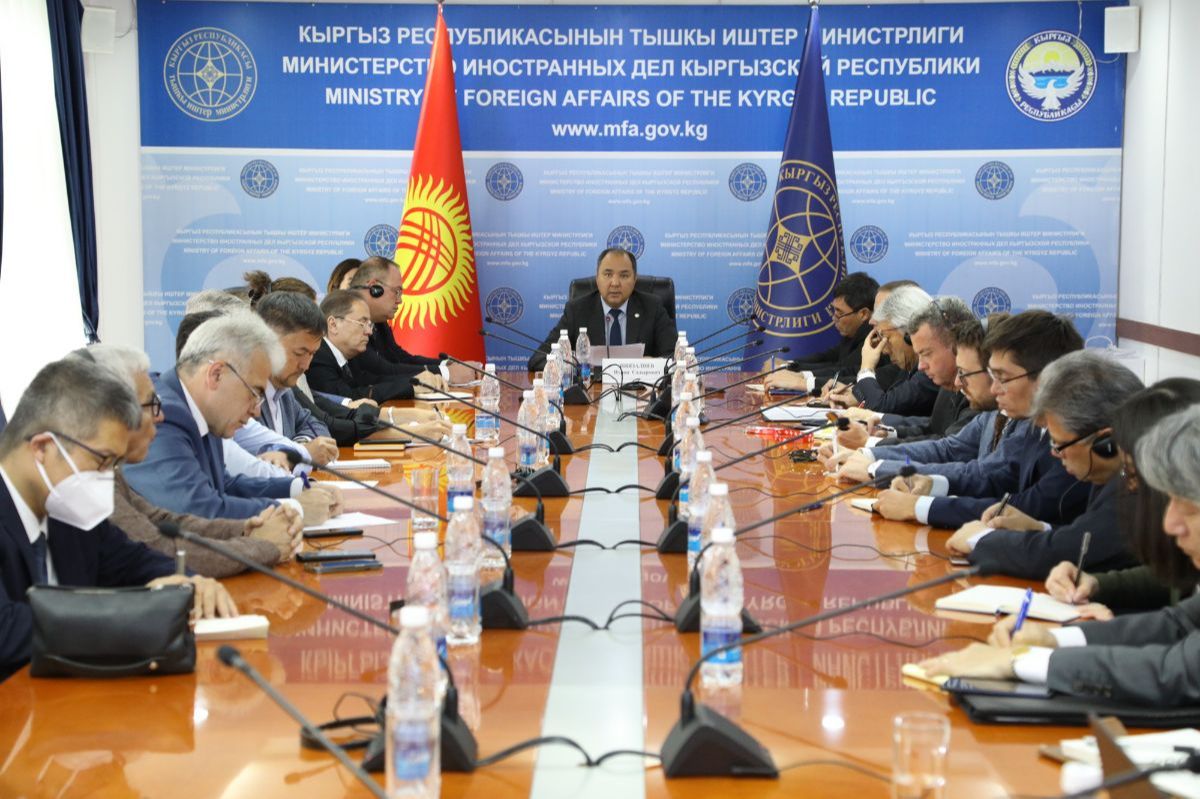 On September 17, 2022 First Deputy Minister of Foreign Affairs of the Kyrgyz Republic Nuran Niyazaliyev held a briefing for the heads of diplomatic missions of foreign states and representative offices of international organizations accredited in Bishkek on the current situation on the Kyrgyz-Tajik section of the state border.

During the briefing, participants were informed about human casualties, including civilians, internally displaced persons, the destruction of numerous social and civil infrastructure facilities, including schools and houses, the facts of looting of property and property of Kyrgyz citizens.

The participants of the briefing were also informed that in order to protect the sovereign territory of the Kyrgyz Republic from a treacherous and unprovoked invasion of the Tajik armed forces and irregular paramilitary groups, the Border Service of the State Committee on National Security and law enforcement agencies of the Kyrgyz Republic have taken decisive measures in response. Information about the political and diplomatic efforts made at various levels to de-escalate tensions, in accordance with the official policy of the country's leadership to resolve all disputes and disagreements with foreign countries on the basis of equal dialogue and mutual consideration of interests was also provided. In this connection, the failure of the Tajik side to follow the reached agreements, including the cease-fire and the withdrawal of armed forces from the line of contact, was pointed out.

In turn, the heads of foreign diplomatic missions and representative offices of international organizations expressed their condolences to the families of the victims and words of support for the injured, and expressed concern about the current military-political and humanitarian situation, supporting the efforts of the Kyrgyz side to resolve the crisis through diplomatic means. They also expressed their readiness to provide the people of Batken Region with humanitarian and other necessary assistance, including through the UN Disaster Response Coordination Unit in the Kyrgyz Republic.