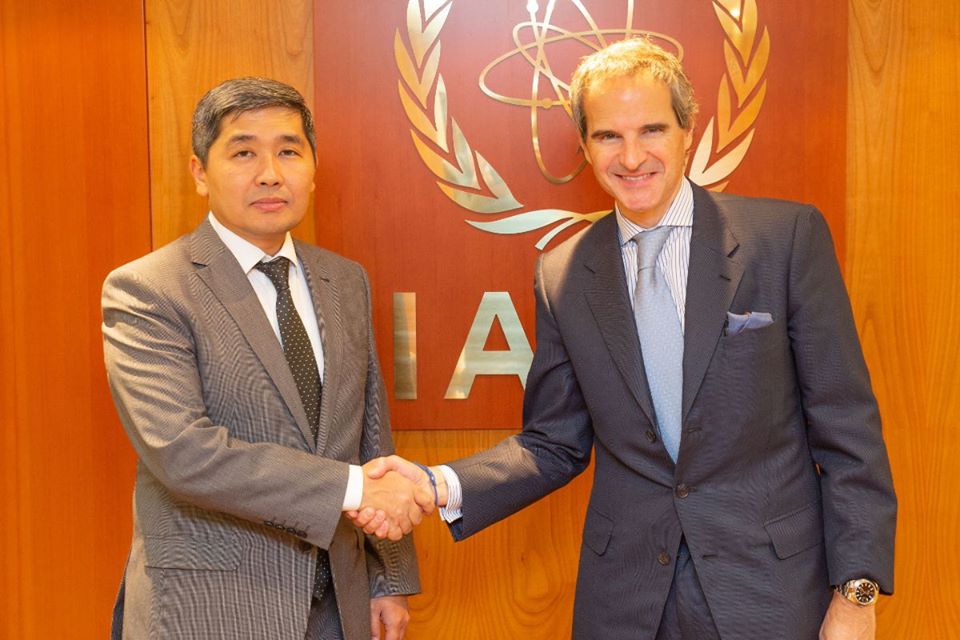 Bakyt Dzhusupov, Permanent Representative of the Kyrgyz Republic to the United Nations (UN) in Vienna met with the Director General of the International Atomic Energy Agency (IAEA) Rafael Mariano Grossi.

Permanent Representative Bakyt Dzhusupov congratulated on his appointment to a high post in the UN system and wished him great success in this important position. Bakyt Dzhusupov expressed his firm conviction that under the leadership of Rafael Grossi, the IAEA will continue to strengthen its position as an international platform for resolving the problematic issues facing the world community today.

During the conversation, parties exchanged views on the status and prospects of cooperation within the IAEA. Bakyt Dzhusupov noted that Kyrgyzstan’s cooperation with the IAEA has strong ties and interacts in two priority areas: healthcare and rehabilitation of uranium tailings.

In turn, Rafael Grossi assured that the projects implemented in the framework of technical cooperation will be continued and the Agency intends to assist the country and facilitate the exchange of scientific and technical information between them.