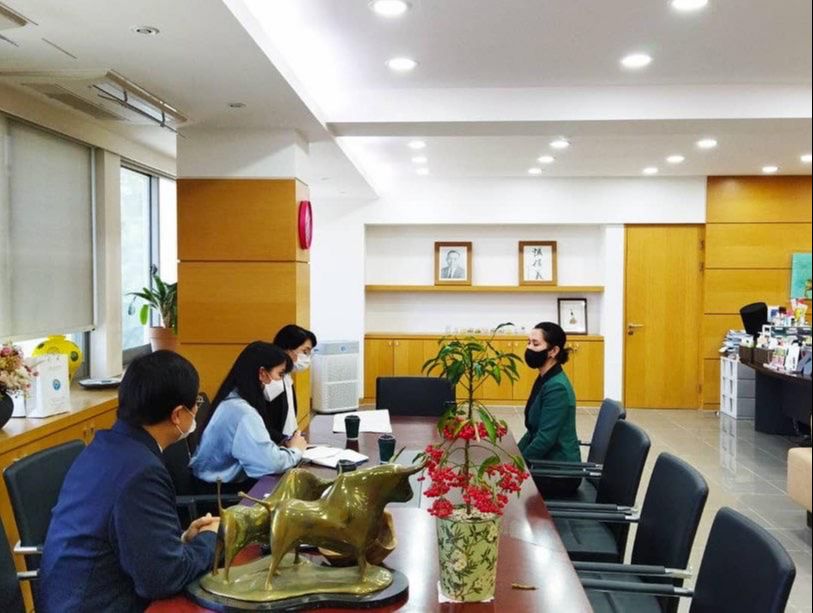 On 12 May 2022, the Ambassador Extraordinary and Plenipotentiary of the Kyrgyz Republic to the Republic of Korea Aida Ismailova met with the Chairman of the Konguk University Foundation Yu Ja Eun. During the meeting, A.Ismailova expressed Kyrgyzstan’s interest in cooperation with the Republic of Korea in the field of education and health.

Ambassador A.Ismailova noted that the Republic of Korea is famous for its advanced technologies in the field of medicine, as well as highly specialized specialists, doctors and professors, in this regard, active interaction between the competent authorities of Kyrgyzstan and the Republic of Korea to exchange experiences and enhance cooperation in various fields has been proposed.

The Parties noted the urgency of cooperation in building hospitals and training medical personnel. In turn, the Ambassador requested that consideration be given to the possibility of granting quotas to applicants/postgraduate students/doctors from Kyrgyzstan to enable them to learn from the South Korean experience.

It was proposed to consider signing an agreement between the relevant Ministry of Kyrgyzstan and Konguk University, with specific inclusion of the issue of the return of young specialists to Kyrgyzstan after graduation on the basis of the Korean experience in human development resources.

At the end of the conversation Ambassador Aida Ismailova congratulated Yu Ja Eun, as this year the university celebrates the 91st anniversary of the establishment of the academy and wished the university prosperity and mutually beneficial cooperation with partners.