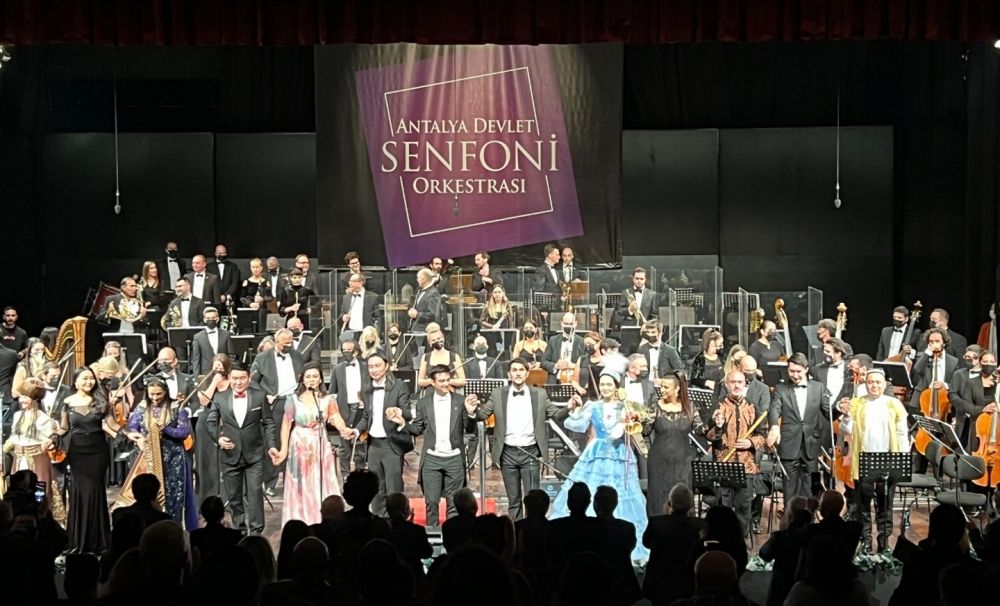 November 20, 2021, The concert tour "Masterpieces of the Turkic World" organized by the International Organization of Turkic Culture TURKSOY,  dedicated to the literary peaks of the Turkic world Nizami Ganjavi and Yunus Emre ended with a grand concert that took place  in Antalya.

As part of the tour organized by TURKSOY with the participation of about 200 artists from 5 countries of the world, Turkish art lovers had the opportunity to listen to the premiere of musical works composed by composers of the Turkic world based on the poetic heritage created by Yunus Emre and Nizami Ganjavi.

The concert tour was attended by famous conductors and soloists of the Turkic world, including from the Kyrgyz Republic - Aibek Saralaev, Aizirek Momunova and Saliya Emilbekova.