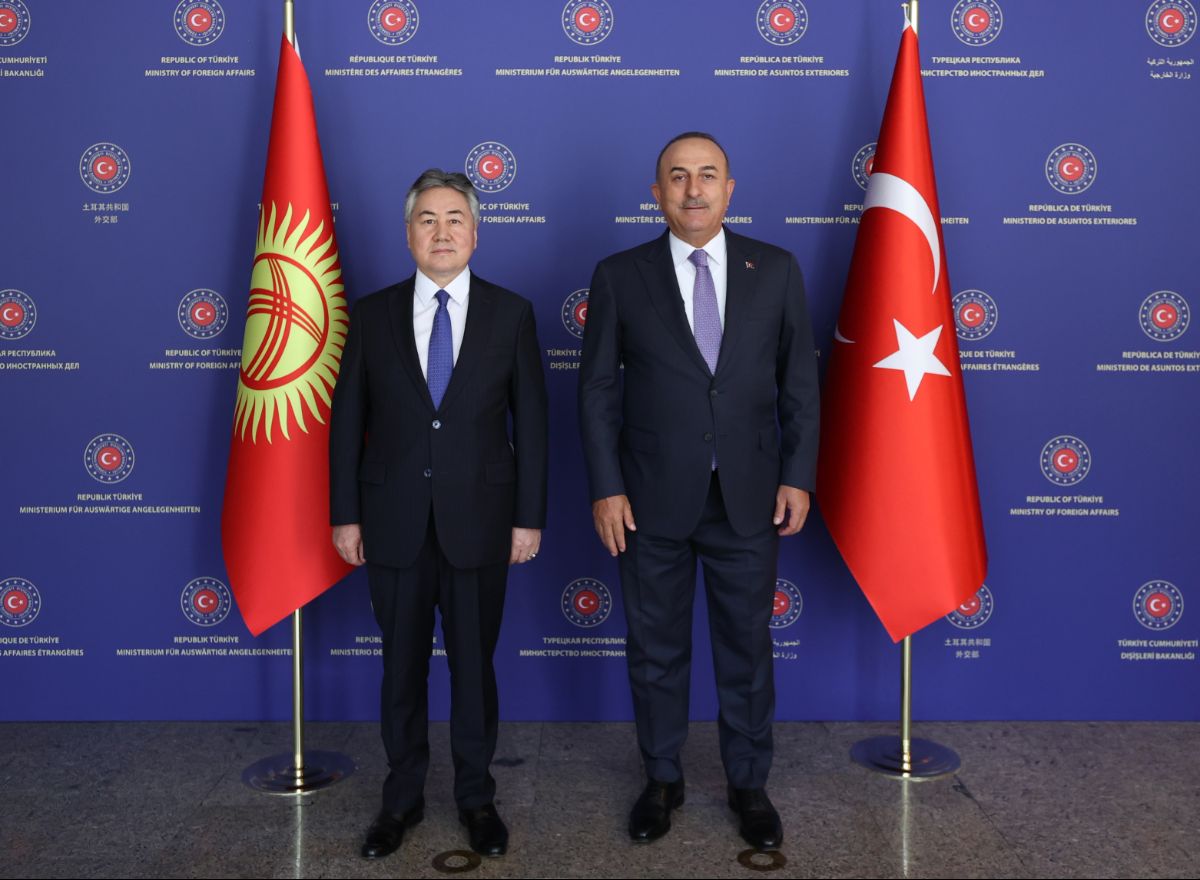 On August 17, 2022, Ministers of Foreign Affairs of the Kyrgyz Republic and the Republic of Türkiye held the 5th meeting of the Joint Strategic Planning Group and meetings in a narrow and expanded format.

Foreign Ministers evaluated thoroughly the current state of Kyrgyz-Turkish relations and the possibilities for their development and deepening in all areas, and also exchanged views on issues of the regional and international agenda.

The parties spoke in favor of deepening cooperation coordination in such areas as economy and trade, security and defense, education and healthcare, transport and energy, culture, tourism, sports, etc. In this context, the parties agreed to use more efficiently the bilateral and multilateral mechanisms.

The parties expressed their readiness for further close work to expand the potential of international land, air and rail transportation, noting the importance of developing transit and transport corridors in modern conditions,

Foreign Ministers of Kyrgyzstan and Türkiye confirmed their readiness to make joint efforts to achieve the goal set by the leaders of the two countries to increase the level of trade between the two countries to $1 billion as soon as possible. In this regard, the parties focused on the issues of the early establishment of the Kyrgyz-Turkish Development Fund (investment).

The current state of cooperation in the cultural and humanitarian sphere was highly appreciated. The parties welcomed the holding of the Fourth World Nomad Games in Iznik in September 2022. Minister Kulubaev expressed the support of Kyrgyzstan in this direction as the creator country of the game. In addition, it was agreed to hold the Days of Culture of Kyrgyzstan in Turkey in October 2022.

The heads of the foreign ministries of Kyrgyzstan and Türkiye agreed to continue cooperation within the framework of international organizations, including mutual support in promoting the candidacies of the two countries.

The parties agreed to continue bilateral contacts at high and highest levels in the spirit of strategic partnership, to organize in the near future the next meeting of the Kyrgyzstan-Türkiye Joint Economic Commission in Türkiye and the state visit of the President of the Republic of Türkiye Recep Tayyip Erdogan to Kyrgyzstan with holding the 6th meeting of the Supreme Council for Strategic Cooperation this autumn.