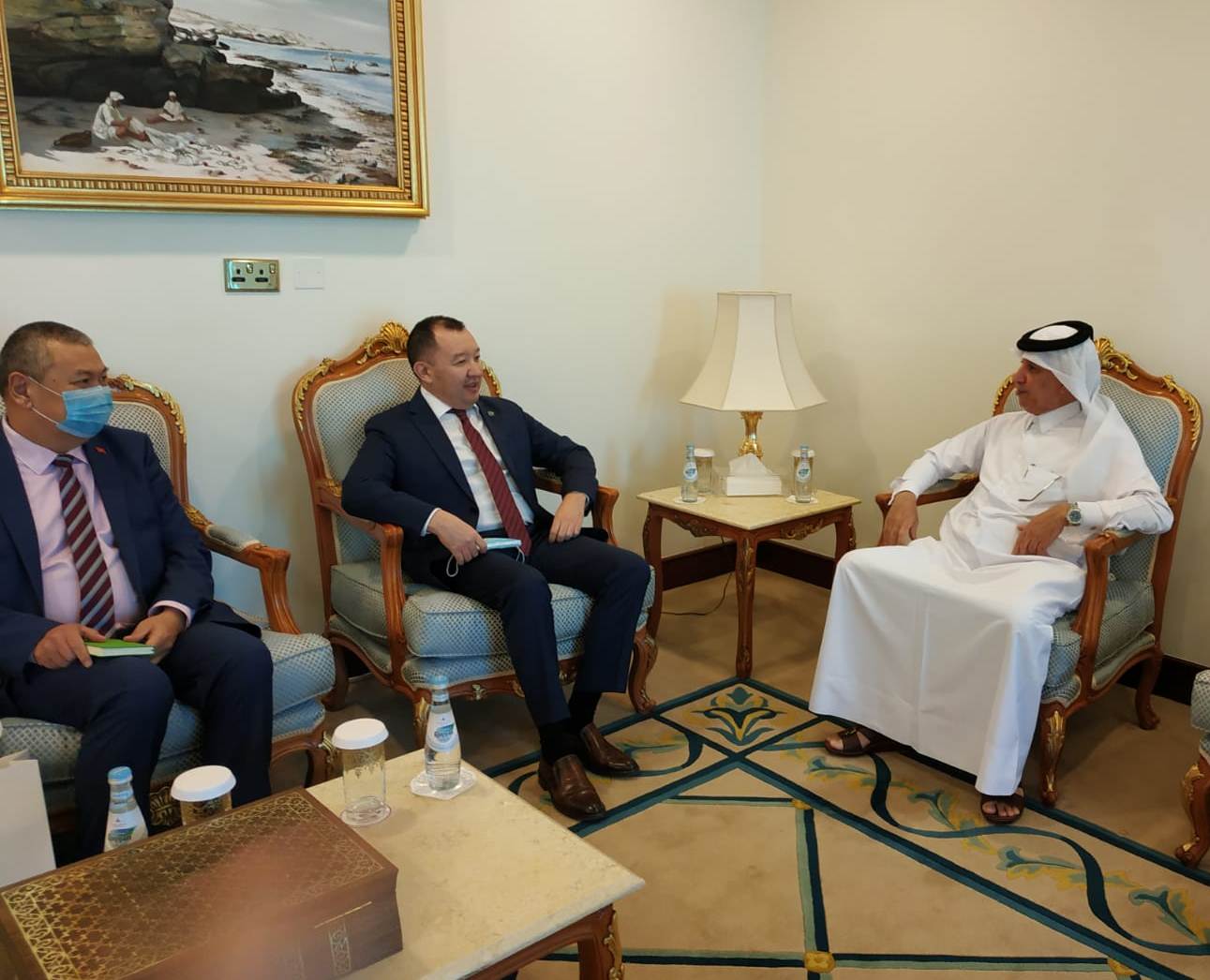 Chyngyz Eshimbekov, Ambassador Extraordinary and Plenipotentiary of the Kyrgyz Republic to the State of Qatar was received by H.E. Mr. Soltan bin Saad Al-Muraikhi, State Minister for Foreign Affairs of the State of Qatar on November 10, 2020.

Ambassador Chyngyz Eshimbekov conveyed a letter from H.E. Mr. Ruslan Kazakbaev, Minister of Foreign Affairs of the Kyrgyz Republic, addressed to H.E. Sheikh Mohammed bin Abdulrahman Al-Thani, Deputy Prime Minister and Minister of Foreign Affairs of the State of Qatar. Status and prospects for the development of Kyrgyz-Qatari cooperation in various fields, including the course of the practical implementation of the previously reached agreements have been discussed at the meeting.

Ambassador Chyngyz Eshimbekov informed about the current internal political situation in the Kyrgyz Republic, emphasizing that the situation in the country has stabilized and political processes are developing in the legal field.