А – А А +
Обычная версия
Скрыть
News / News and Events / On October 12, 2021, the Ambassador Extraordinary and Plenipotentiary of the Kyrgyz Republic to Ukraine Zhusupbek Sharipov met with the Executive Director of the International Association of Local Self-Government (IALA) Alexey Buryachenko, at the request of the Ukrainian side. 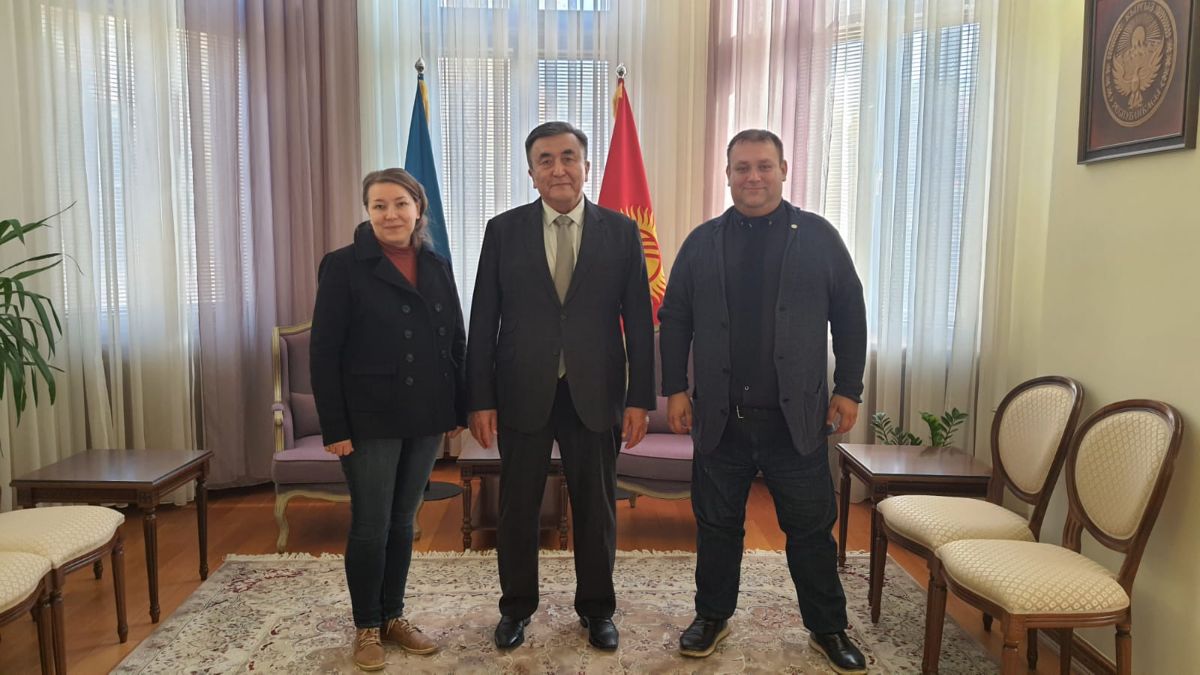 On October 12, 2021, the Ambassador Extraordinary and Plenipotentiary of the Kyrgyz Republic to Ukraine Zhusupbek Sharipov met with the Executive Director of the International Association of Local Self-Government (IALA) Alexey Buryachenko, at the request of the Ukrainian side.

Mr. A. Buryachenko said that IALA was created for and defending the interests of local self-government bodies (municipalities) of small towns in accordance with the Law of Ukraine "On Associations of Local Self-Government Bodies" at the regional and international levels. In its work, IALA is guided by the principles of the European Charter of Local Self-Government.

IALA is funded by contributions from members and donations from interested private and legal entities.

The task of IALA is to develop the infrastructure of small towns in order to create new jobs and improve the living conditions of small settlements.

At the same time, IALA is ready to develop diversified cooperation not only within Ukraine and with neighboring states, but also with the CIS states.

The main goal of IALA is to unite the relations of the CIS countries on a platform of municipal cooperation, where the priority would be the development of trade, economic, cultural and humanitarian relations between small towns and settlements.

Ambassador Zh. Sharipov, noting the importance of creating an association of local self-government, emphasized that for the successful functioning of this institution, first of all, they must be independent and financially sufficient.

At the same time, Ambassador Zh. Sharipov drew the interlocutor's attention to the fact that before the introduction of these institutions, it is very important to carry out laborious work (seminars, trainings, etc.) to prepare the local population for self-government. Since without civic engagement, the development of local self-government institutions, and hence the state, will not take place.

At the end of the conversation, Ambassador Zh. Sharipov expressed gratitude for the meeting and noted the readiness of the Embassy to actively cooperate with IALA to find common ground in order to deepen cooperation on a wide range of issues in the trade, economic, cultural and humanitarian spheres.