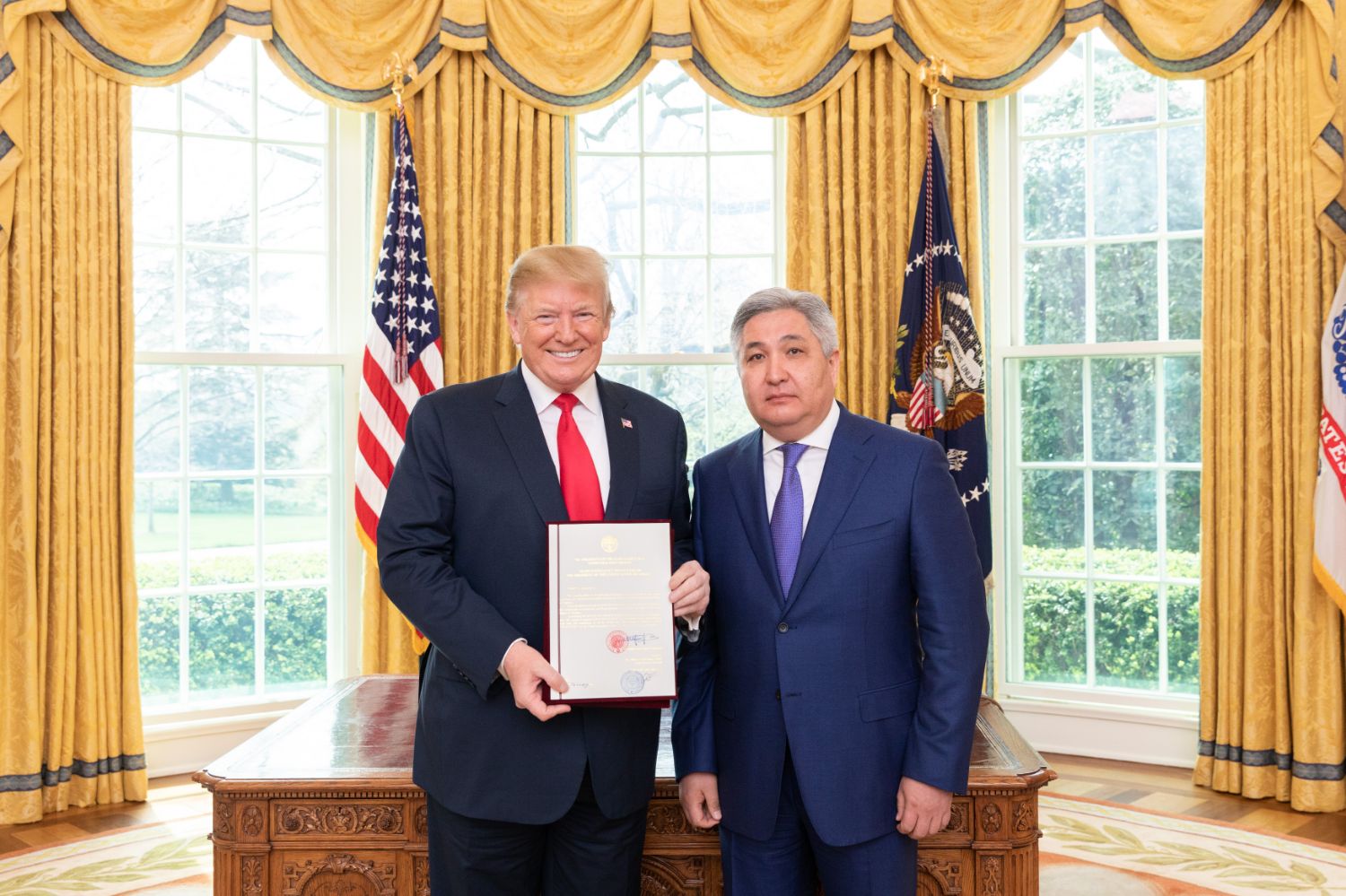 On April 8th, 2019, Ambassador Extraordinary and Plenipotentiary of the Kyrgyz Republic Bolot Otunbaev presented the Letter of Credence to the President of the United States of America Mr. Donald Trump.

Ambassador Bolot Otunbaev in his address to President Trump stressed that Kyrgyzstan is looking forward to developing cooperation with the United States and opening new horizons for the Kyrgyz-U.S. dialog.

Bolot Otunbaev also considered that today all the conditions are right to bring the Kyrgyz-U.S. cooperation to a new level and to turn a new page in the relations between the two countries.

For his part, President Trump congratulated Mr. Otunbaev on his appointment as Ambassador of the Kyrgyz Republic to the United States and wished him success in his new assignment.

Donald Trump emphasized the role of Kyrgyzstan as a regional leader in upholding democratic values, and noted that the American side is ready to advance common agenda and deepen the bonds between the two countries.

“We see opportunities to collaborate on economic growth and increasing commercial ties between our countries. Together we can help build a more secure, democratic, and prosperous world”, - President Donald Trump noted.