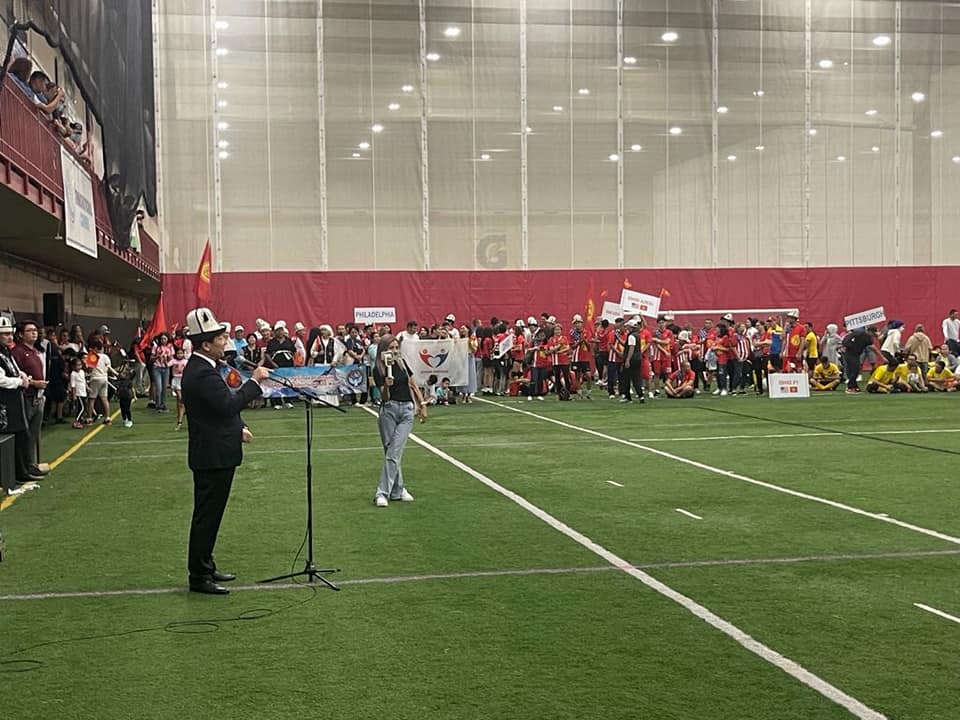 Kyrgyz citizens from differenet states of the USA gathered in Chicago, Illinois, on September 4 to celebrate the 30th anniversary of the Kyrgyz Republic's independence. More than 3,000 people from across the United States attended the event. On the same day, Kyrgyz Ambassador Extraordinary and Plenipotentiary to the United States and Canada Bakyt Amanbaev spoke at the opening ceremony of competitions in eleven Kyrgyz national games and other sports. On behalf of the President of the Kyrgyz Republic, Sadyr Japarov, the Ambassador congratulated those present on the 30th anniversary of Kyrgyzstan's independence and the opening of the Games, and called for unity and solidarity among compatriots.In his speech Bakyt Amanbaev stressed the importance of national games in formation of national character of Kyrgyz people, preservation of Kyrgyz culture and upbringing of the rising generation of Kyrgyz, and called for holding the sports event at the highest level.

The Games will host competitions in the Kyrgyz national games Ordo, Toguz Korgool, Arkan Tartysh and other sports.The results will be announced in a day.

On the same day, Kyrgyz embassy officials in the United States and Canada provided citizens with consular services and checked voter lists and consular registration for the Nov. 28 parliamentary elections this year.