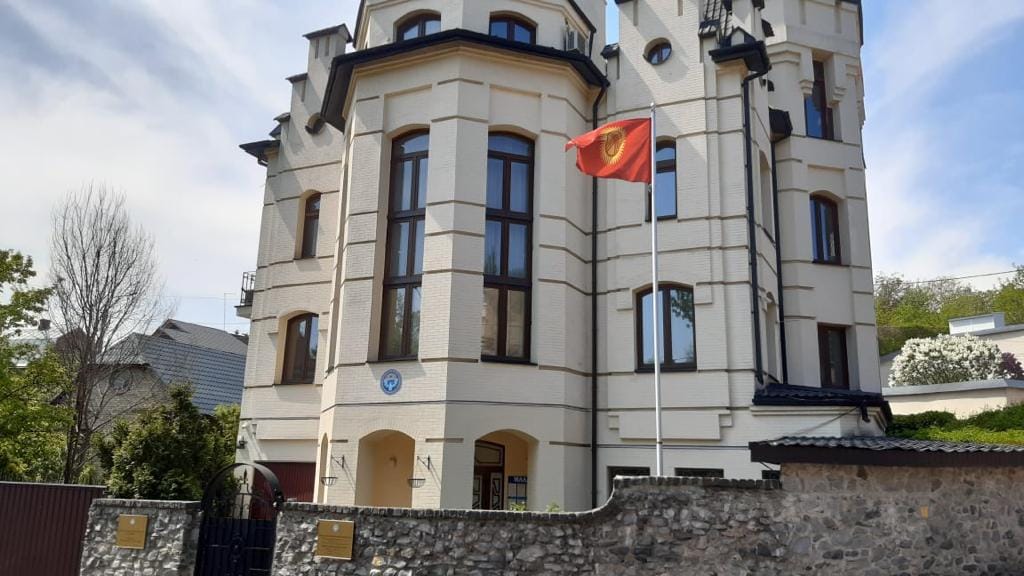 54 citizens remain in Ukraine. With the assistance of the Ministry of Foreign Affairs of Ukraine and the Armed Forces of Ukraine, 29 citizens were evacuated from dangerous places.

For the unhindered evacuation of citizens, the Embassy worked out a green corridor through the territory of Romania, Bulgaria, Moldova, as well as with the assistance of other Embassies of the Kyrgyz Republic in the western - through the territories of Hungary, Poland, and Slovakia.

Through the efforts of the Ministry of Foreign Affairs of the Kyrgyz Republic and the Embassy from Poland, 2 repatriation flights were organized to Biskek and Osh cities.

The Embassy continues its work in the regular mode in Uzhgorod city and the corresponding work is carried out on consular services for citizens staying not only in Ukraine, but also in countries of additional accreditation. So, from March 1 to April 25, 95 consular actions were performed on the issue of issuing passports, travel documents, certificates and notarial actions.

The Embassy has established cooperation with the Missions of the International Organization for Migration in the cities Chisinau, Budapest and Prague on the purchase of air tickets to the Kyrgyz Republic free of charge.

Over the past 10 days, another 12 citizens were sent from Ukraine to the Kyrgyz Republic through the cities Chisinau, Budapest and Prague. Work in this direction continues.

Legal, consular assistance to citizens of the Kyrgyz Republic who are still in Ukraine is provided on an ongoing basis by telephone, in the social network groups "WhatsApp", "Telegram", personal messages.

As of April 29 there are no casualties and injured among the citizens of the Kyrgyz Republic.