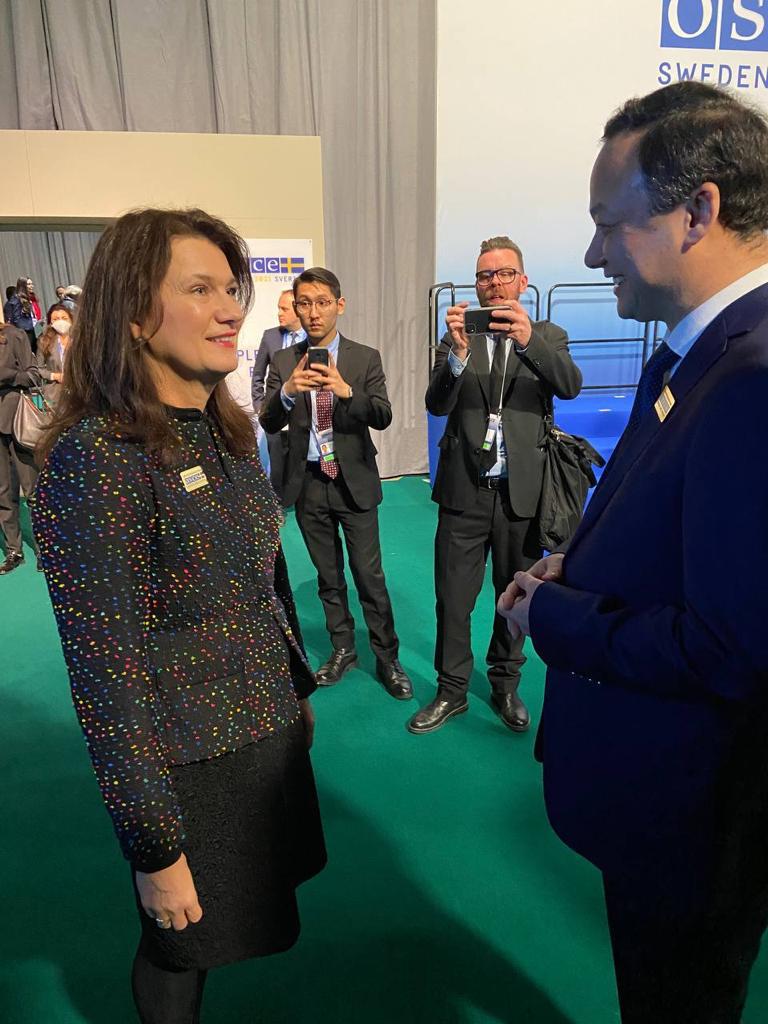 The parties discussed the successful completion of Sweden's chairmanship in the OSCE and interaction between the two countries within the framework of this Organization.

Parties also discussed about joint events in 2022 within the framework of the 30th anniversary of the establishment of kyrgyz-swedish diplomatic relations.

Minister R.Kazakbaev and Minister A. Linde agreed that it is necessary to intensify bilateral relations in political, economic and other areas of mutual interest.

Minister R.Kazakbaev congratulated Minister A.Linde on the successful completion of Sweden's chairmanship in the OSCE.

While Minister A.Linde expressed gratitude to Kyrgyzstan for the active participation and support provided to the Chairmanship.

The Swedish Foreign Minister expressed her readiness to visit Kyrgyzstan in 2022.