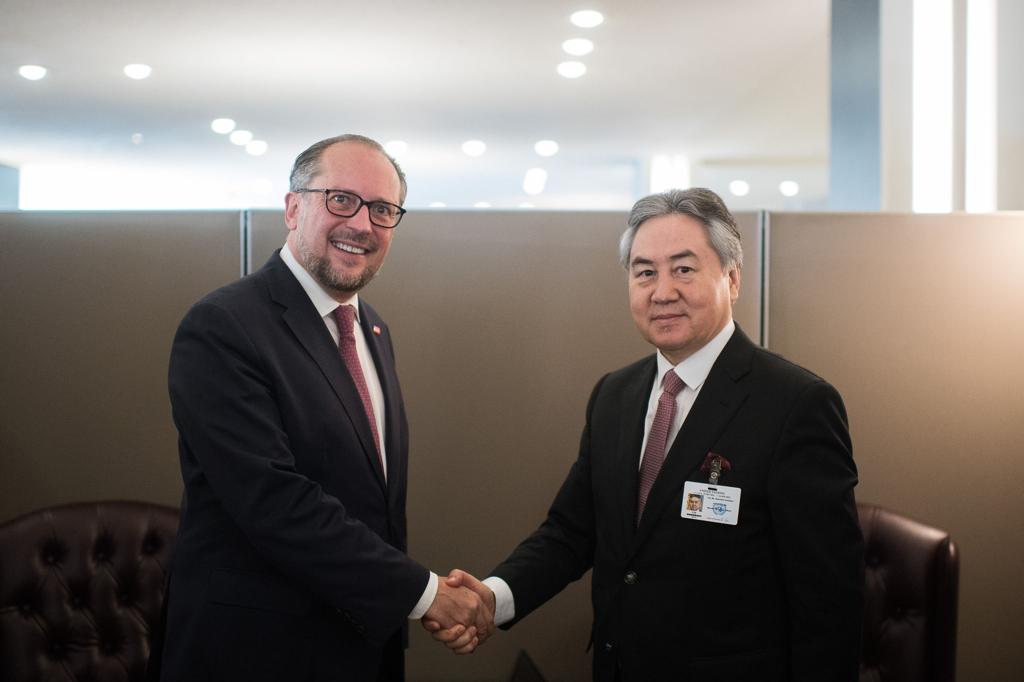 On September 21, 2022, the Minister of Foreign Affairs of the Kyrgyz Republic Zheenbek Kulubaev met with the Federal Minister for European and International Affairs of the Republic of Austria Alexander Schallenberg on the sidelines of the 77th session of the UN General Assembly in New York.

During the meeting the Minister of Foreign Affairs of the Kyrgyz Republic Zh.Kulubaev also informed about the situation on the Kyrgyz-Tajik state border. He noted that the illegal actions of the Tajik side are aggressive and destabilizing and run counter to bilateral and multilateral agreements between the two countries. The Foreign Minister of the Kyrgyz Republic emphasized that the Kyrgyz side adheres to the consistent position on the need to resolve disputes between states exclusively through peaceful means, political and diplomatic methods.

Minister A.Schallenberg expressed regret over the current situation in the region, emphasizing the particular importance of peace and stability in Central Asia for Europe.