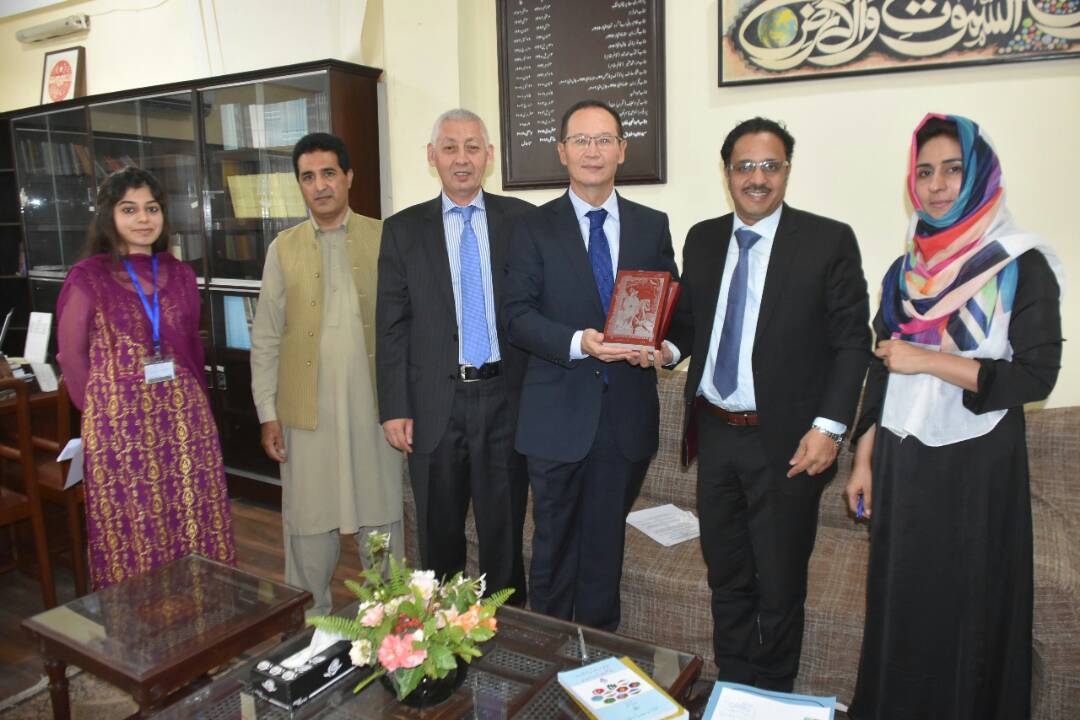 During conversation the issues of cooperation between two countries in the field of literature, exchange of the visits between writers and poets, organization of book fairs, joint conferences and seminars, translation and publication on the national languages of the works of the well-known writers were discussed by the sides.

The Ambassador of Kyrgyzstan had briefed on the Third international Issyk-Kul forum of intellectuals, dedicated to the 90th anniversary of Chyngyz Aitmatov, which is planned to be held in October 2018.

The Chairman of the Pakistan Academy of Letters noted the interest of Pakistan in the development of the cultural and humanitarian cooperation with the countries of SCO, including Kyrgyzstan, taking account the membership of his country in this organization since last year.