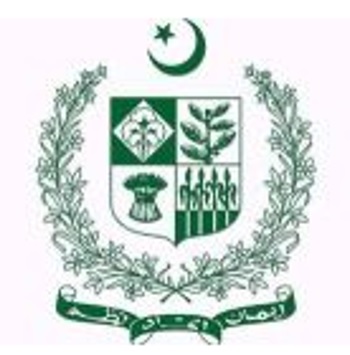 In area, it is the 33rd-largest country, spanning 803,913 square kilometres (340,509 square miles). Pakistan has a 1,046-kilometre (650-mile) coastline along the Arabian Sea and Gulf of Oman in the south and is bordered by India to the east, Afghanistan to the west, Iran to the southwest, and China in the far northeast. It is separated narrowly from Tajikistan by Afghanistan's Wakhan Corridor in the northwest, and also shares a maritime border with Oman.

Population:  It is the sixth-most populous country with a population exceeding 200 mln. people. The population is dominated by four main ethnic groups: Punjabis, Pashtuns (Pathans), Sindhis, and Balochs.

Languages: Urdu is the national language understood by over 75% of Pakistanis. Urdu and English are the official languages of Pakistan, with English primarily used in official business and government, and in legal contracts.

Religion: The state religion in Pakistan is Sunni Islam. Freedom of religion is guaranteed by the Constitution of Pakistan, which provides all its citizens the right to profess, practice and propagate their religion subject to law, public order, and morality.

The population of Pakistan follow different religions. Most of Pakistanis are Muslims (96.4%) followed by Hindus (1.5%) and Christians (1.5%). There are also people in Pakistan who follow other religions, such as Sikhism, Buddhism, Jainism and the minority of Parsi (who follow Zoroastrianism).

The flag is a green field with a white crescent moon and five-rayed star at its centre, and a vertical white stripe at the hoist side. The national flag of Pakistan (Urdu: قومی پرچم‎, Qaumī Pārc̱am) was adopted in its present form during a meeting of the Constituent Assembly on August 11, 1947, just three days before the country's independence, when it became the official flag of the Dominion of Pakistan.

The state emblem of Pakistan was adopted in 1954 and symbolizes Pakistan's ideological foundation, the basis of its economy, its cultural heritage and its guiding principles. The four components of the emblem are a crescent and star crest above a shield, which is surrounded by a wreath, below which is a scroll. The crest and the green color of the emblem are traditional symbols of Islam. The quartered shield in the centre shows cotton, wheat, tea and jute, which were the major crops of Pakistan at independence and are shown in a form of shield and signify as the main agricultural base for the importance of the Nation's economy.The floral wreath, surrounding the shield, is Jasminum officinale (the national flower) and represents the floral designs used in traditional Mughal art and emphasizes the cultural heritage of Pakistan. The scroll supporting the shield contains the national motto in Urdu, "Īmān, Ittiḥād, Naẓm", which reads from right to left: (ایمان، اتحاد، نظم), translated as "Faith, Unity, Discipline" which are intended as the guiding principles for Pakistan.

The national anthem of Pakistan - the Qaumi Taranah (Urdu: قومی ترانہ‎), also known as Pāk Sarzamīn (Urdu: پاک سرزمین‎, lit. “The Sacred Land”). Its music was composed by Ahmad G. Chagla in 1949, preceding the lyrics, which were written by Hafeez Jullundhri in 1952. It was officially adopted as Pakistan's national anthem in August 1954.

Independence Day (Urdu: یوم آزادی‎), observed annually on 14 August, is a national holiday in Pakistan. It commemorates the day when Pakistan achieved independence and was declared a sovereign nation following the end of the British Raj in 1947.