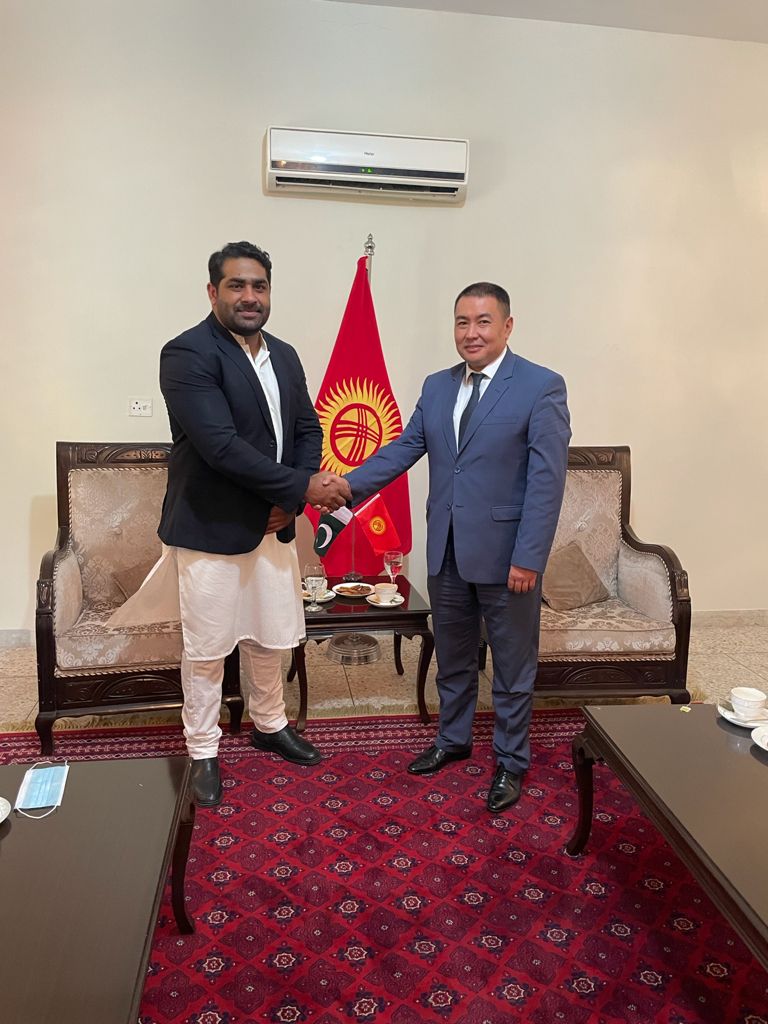 August 20, 2021, the Ambassador of the Kyrgyz Republic to Pakistan Ulanbek Totuyaev met with the President of the Mass Wrestling Association of Pakistan Nawab Furkan Khan.

During the conversation, the parties discussed cooperation between the two countries in the field of national sports, the possibility of presenting the popular in Pakistan cricket game in Kyrgyzstan, as well as holding the 5th Pakistani national mass wrestling championship under the auspices of the Ambassador of Kyrgyzstan this year.

It should be noted that the organization of mass wrestling competitions in Pakistan under the auspices of the Ambassador of Kyrgyzstan has become a good tradition and is held annually.