News / News and Events / Minister Aidarbekov: "the Governments of Kyrgyzstan and Japan have begun to consider a draft Memorandum of cooperation to regulate issues related to the recruitment of labor reserves from Kyrgyzstan» 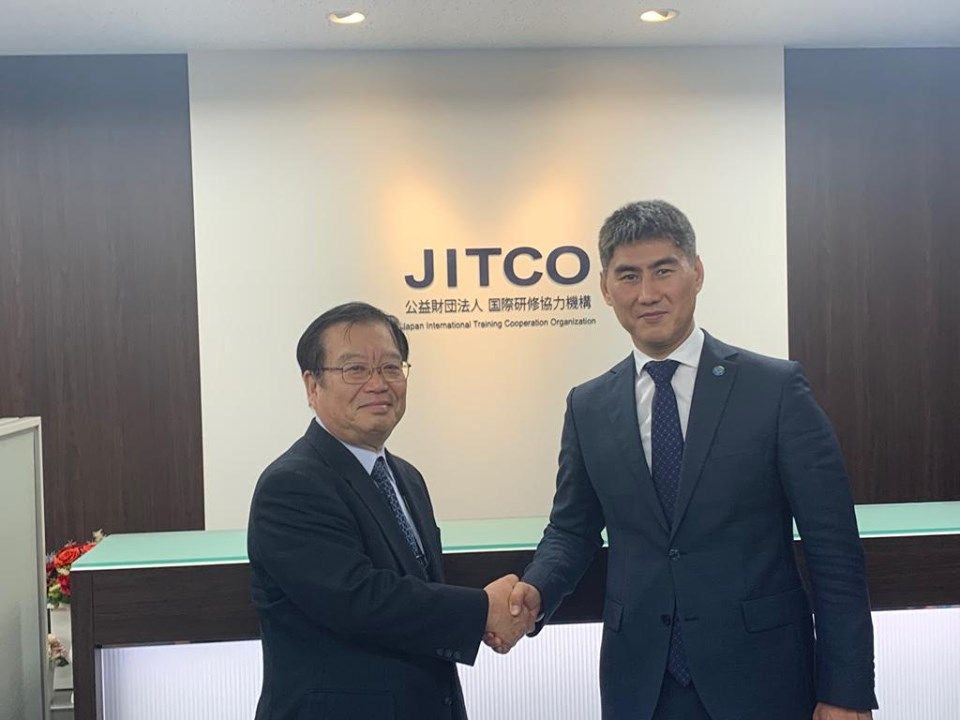 The event was attended by more than 100 representatives of Japanese companies interested in attracting workers from Kyrgyzstan. Presentations were made by the Japan international cooperation Agency (JICA), the Kyrgyz Diaspora in Japan, as well as recruitment companies and the Corporation "Tokyo Rope Construction and Mining", which began attracting Kyrgyz mining engineers.

Participants were provided with detailed information about the human potential in the country, its opportunities for training personnel that meet the requirements of Japanese companies, as well as recommended a number of models of employment of citizens of the Kyrgyz Republic in the enterprises of the country of the rising sun.

In addition, Minister Aidarbekov met with JITCO President Mr. Hiroaki Yagi. The parties discussed the prospects of cooperation in attracting Kyrgyz workers to Japan. In light of the gradual easing of the immigration legislation of Japan and the creation of new categories of visas for foreign workers with special skills, the need for extensive information work among Japanese companies interested in attracting foreign labor and training skilled workers in Kyrgyzstan was noted. The Minister said that in order to regulate issues related to the recruitment of labor reserves from Kyrgyzstan, the governments of the two countries have begun to consider a draft Memorandum of cooperation. He expressed the opinion that in anticipation of the signing of this document, the parties should attract enough Japanese companies willing to hire citizens of the Kyrgyz Republic, as well as to establish work on training for them specialists who meet their qualification requirements.

Following the meeting, the parties agreed to hold a seminar and a business forum to implement the above tasks.