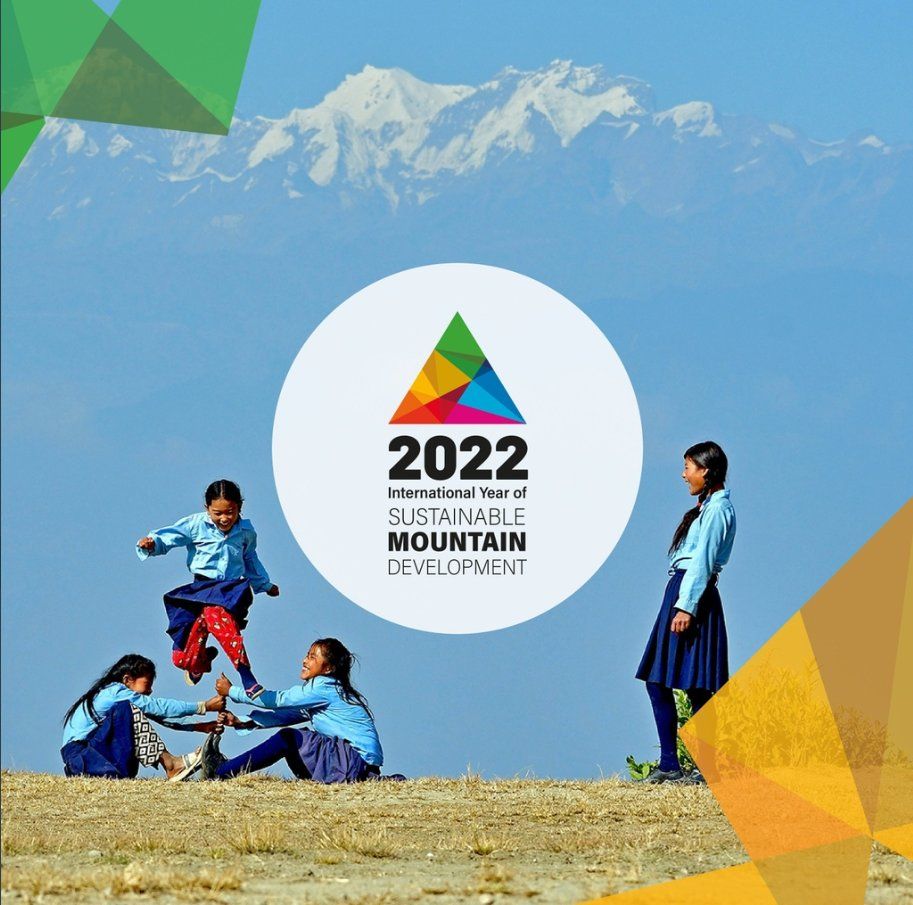 On April 28, 2022, in Rome (Italy) online was held the Launch Ceremony of the International Year of Sustainable Mountain Development.

Reference: At the initiative of Kyrgyzstan, on December 16, 2021, during the 76th session of the UN General Assembly, was adopted a resolution declaring 2022 the International Year of Sustainable Mountain Development. It was adopted unanimously by all UN member states. 93 states acted as its co-sponsors.

The Ceremony was attended by 361 participants, including General Director of the Food and Agriculture Organization of the United Nations (FAO) Qu Dongyu, ministers of  Foreign Affairs, and relevant departments of more mountainous countries (Andorra, Bhutan, Uganda, Dominican Republic, Nepal, and Switzerland). A written message from the UN Secretary-General Antonio Guterres was delivered, as well as video messages from the President of the UN General Assembly Abdullah Shahid and Executive Director of the Green Climate Fund Yannick Glemarek were shown.

The guests of the event were welcomed by the President of the Kyrgyz Republic Sadyr Japarov. In his video message, he noted that Kyrgyzstan consistently promotes the interests of mountainous countries on the world stage. The President said that he had raised in detail the socio-economic and environmental problems of mountainous countries at the General Debate of the UN General Assembly in September 2021, the Conference of the Parties to the UN Convention on Biological Diversity in Kunming in October 2021, the Climate Summit in Glasgow in November 2021 and 4-th session of the Asia-Pacific Water Summit in Japan in April 2022. The President of the Kyrgyz Republic emphasized that in order to solve these problems in Kyrgyzstan, 2022 was declared the Year of Protection of Mountain Ecosystems and Climate Resilience.

UN Secretary-General António Guterres and President of the UN General Assembly Abdullah Shahid emphasized the importance of mountain regions for the vital functions of communities around the world. They noted that mountains are a source of water, and therefore a source of life, clean energy, as well as a habitat for unique species of flora and fauna. Meanwhile, special attention was paid to the vulnerability of mountain communities and ecosystems to the common threat of global warming. In this context, they highlighted the role of the Kyrgyz Republic in promoting sustainable mountain development initiatives.

The Ceremony participants noted the need to consolidate efforts to solve the problems of mountainous countries and promote global commitments to protect vulnerable ecosystems and increase the resilience of Highland people.