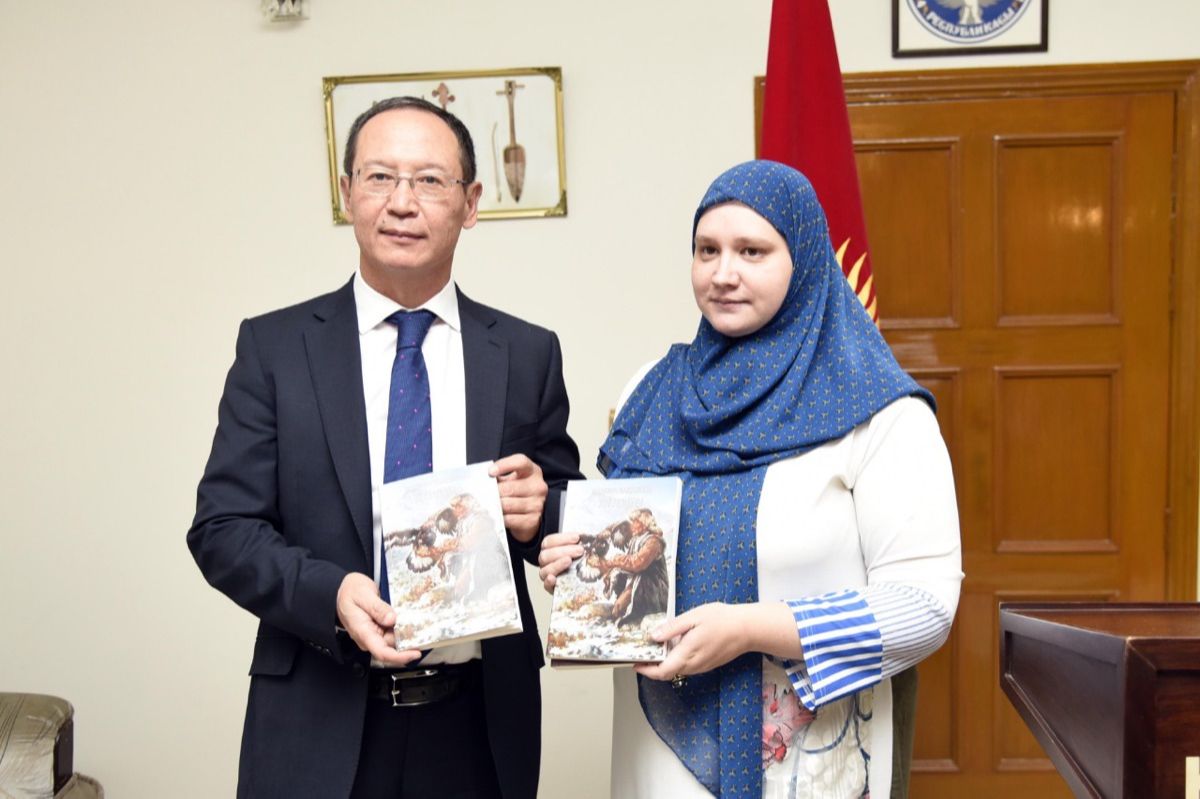 ​The Ambassador of the Kyrgyz Republic E.Beishembiev in his speech spoke about the main stages of development of the Kyrgyz statehood since the first mention of the Kyrgyz nation in Chinese chronicles in the 3nd century BC, the blossoming of the Kyrgyz Kaganate in the 9-10th century, the Soviet period and independence of the country in 1991.

​Dr. M. Bakanova noted the historical ties of the peoples of Central and South Asia, the interaction of the ancient Kyrgyz with the peoples inhabiting the Wakhan corridor in Afghanistan, the Hunza region in northeastern Pakistan, and also in Kashmir.

​The event was attended by representatives of diplomatic corps in Islamabad and Mass Media.