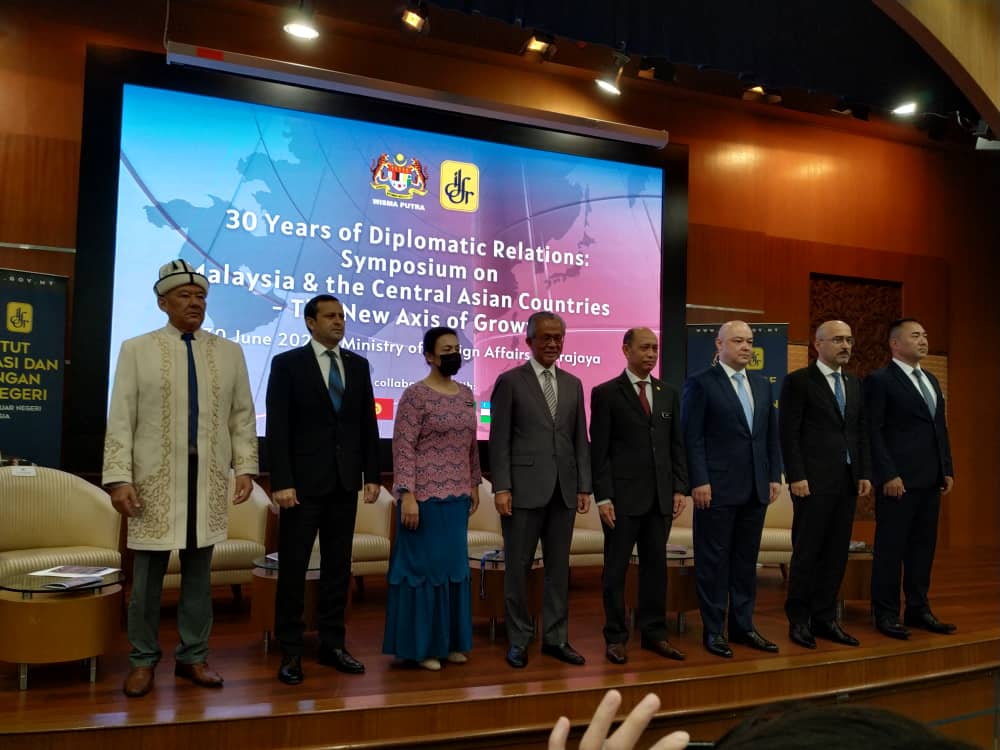 On June 30, 2022, in commemoration of the 30th anniversary of the establishment of diplomatic relations between Malaysia and the countries of Central Asia (Kyrgyzstan, Kazakhstan, Tajikistan, Turkmenistan and Uzbekistan), the Symposium "30 Years of Diplomatic Relations: Symposium on Malaysia and the Central Asian Countries - The new axis of growth” was held in Kuala Lumpur. This event was organised jointly by the diplomatic missions of the five states of Central Asia, the Malaysian Foreign Ministry and the Malaysian Institute of Diplomacy and International Relations.

The participants of the Symposium discussed the issues of the current state and prospects for further development of relations, economic integration and regional cooperation between Malaysia and the countries of the Central Asian region. The Symposium included panel discussions, an exhibition of national products, a cultural show, as well as a presentation of the national cuisine of Central Asian countries.

The event was opened by the Deputy Minister of Foreign Affairs of Malaysia, Kamarudin Jaffar. In his speech, he congratulated all five Central Asian countries on the 30th anniversary of establishing diplomatic relations with Malaysia, noting that Malaysia was one of the first countries to establish diplomatic relations with all Central Asian countries after they gained independence in the 1990s. Kamarudin Jaffar stressed that since then bilateral relations have developed and strengthened in various areas such as energy, trade, investment, education, tourism and culture.

Ambassador of the Kyrgyz Republic to Malaysia Azimbek Beknazarov, taking part in the panel discussion, spoke about the history of the development of bilateral relations between Kyrgyzstan and Malaysia, key areas of cooperation and prospects for their development.

More than 150 people from Malaysian ministries and departments, foreign diplomatic missions, NGOs and representatives of Malaysian universities took part in the event.